The Future of Storage Technology: Challenges and Investment Opportunities 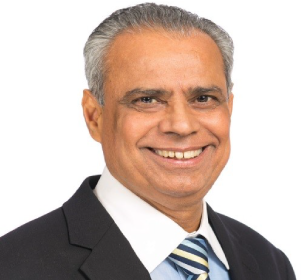 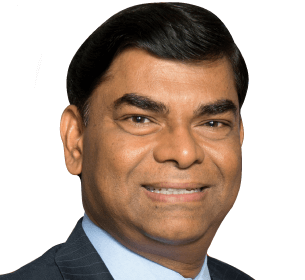 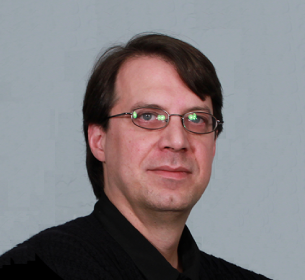 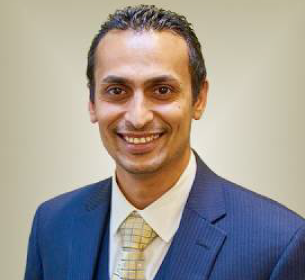 You are cordially invited on behalf of the Financial Policy Council’s Board of Directors, to our next Financial Policy Council power summit featuring a panel discussion exploring the Future of Storage Technology: Challenges and Investment Opportunities. You don’t want to miss this thanks to our Event Sponsors: Computronix and Triton Infosys.

Author of the bestselling book “Economic Warfare: Secrets of Wealth Creation in the Age of Welfare Politics” and of the upcoming book ” Startup Saboteurs: How Incompetence, Ego, and Small Thinking Prevent True Wealth Creation” to be published in Summer 2019.

Upendra J. Chivukula was nominated by Governor Christopher J. Christie as a Commissioner to the N.J. Board of Public Utilities on September 18, 2014 and confirmed by the Senate on September 22, 2014

Prior to his nomination, Mr. Chivukula served in the New Jersey Assembly representing the 17th legislative district, where he served as chair of the Assembly Telecommunications and Utilities Committee. He also had the honor of serving as Vice Chair of Homeland Security and State Preparedness, Commerce and Economic Development, and Environment and Solid Waste. Mr. Chivukula was also a founding member and Co-Chair of the NJ Science & Technology Legislative Caucus and the NJ World Languages & International Studies Legislative Caucus. He was a member of the Commission on Science and Technology, and the Health Information Technology Commissions

Before becoming a state legislator, Mr. Chivukula served as Mayor of Franklin Township for a year and on Town Council for another seven years. He also served on the National Council of State Legislatures and on the Council of State Governments.

Hari Eppanapally has been involved in directing and managing global technology initiatives including strategic planning, architecture, design, development and deployment. He has worked over the years at several Wall Street investment banks like Merrill Lynch, Blackrock, Credit Suisse, Alliance Capital and BNY Mellon.

Mr. Eppanapally is the Chairman of the board for Quibble Genomics Institute, Inc. (QuibbleMD.com), focused to bring a revolution in consumer genomics, personalized medicine, and population health. Quibble specializes in human genome modeling, analysis and visualization by transforms the bio samples to visually appealing Genomic insights based on Unity3D gaming technology.

Mr. Eppanapally is the Chairman of the board for the CIC Group, Inc., a management consulting and advisory firm for mergers and acquisitions. He has a keen interest in investing and promoting education, healthcare and energy sectors.

Mr. Eppanapally is the founding Chairman of the board for Lead India 2020 Foundation, Inc. a social transformation organization promoted by the former President of India Dr. APJ Abdul Kalam to educate, inspire and transform 640 Million youth of India into responsible citizens to develop the nation.

Mr. Eppanapally was the founding President of VT Seva, (Volunteering Together for Service), a global non-profit organization with over 100,000 volunteers dedicated to providing education to tribal and blind children, cancer screening for rural women and children, and disaster relief during floods/tsunamis and earth quakes.

Elliot Lehman is the Chief Technical Officer of Computronix, LLC, a full service technology solutions company that designs, implements and manages data networks and communications infrastructures for small to medium sized businesses in the tri-state NY Metro area, specializing in the medical, financial and legal industries.

From 1989 through 1996, Elliot studied across broad disciplines, ranging from Accounting to Criminal Law, earning degrees from both Iona College and Pace University in New York. During this period he also worked full time, was granted many internships and worked with municipalities, various judges, lawyers and accountants across New York State, as well as holding a role as Assistant Comptroller at Nynex.

With a strong background in Law, Accounting and other business disciplines, he has worked his way through the computer industry to become one of Connecticut’s brightest Technical Visionaries. Finally, in the search for the next exciting opportunity, Elliot met Barry Monies in Stamford, CT. They worked together for several years providing computer support services to the Stamford area, but when the Internet became a dominant force in the IT world, both Elliot and Barry knew that technology was about to change – drastically.

Along with Barry Monies (CEO) and Gleason Greene (COO), they separated from their current employer to form Computronix in 1997. Computronix, combining many years of technical hands-on experience with business sense is now a leader in its field in providing high-end services to small to medium size businesses within the NY/CT/NJ metro Area. Elliot formed a small, but highly trained and efficient workforce that can deliver technical services while at the same time understanding business models, goals and costs which are important factors to small to medium size businesses. This level of quality combined with business sense is what separates Computronix from the rest of the competition.

Over the years, Elliot has earned many of the top industry certifications and accolades, including Microsoft Certified Systems Engineer, Cisco Certified Design Associate, Cisco Certified Network Associate and so on, with specialties in communications, hosting and security. He and his team currently support 1000’s of machines worldwide, protecting billions in corporate assets. Elliot has performed data forensic services for the FBI, the SEC, and several national law firms, has testified directly to the US Congress in the formation of Homeland Security, has setup and maintained many multi-national corporate networks and has travelled the world to accomplish those feats. Elliot and his team at Computronix are now known globally as the most technically knowledgeable and efficient team in the North East today.

With Elliot leading the technology implementation and deliverability aspects of Computronix, the company has been awarded multi-year top industry awards. Most recently in 2018, Computronix was honored as one of the Top 250 Technology Provider & Consultants in the country. Due to the Elliot’s company focus on communications and security, Computronix is currently recognized as a top solutions provider focused on the compliance driven, regulated industries including legal, financial and medical.

Himanshu B. Patel is Chairman & Founder of Triton Solar LLC, a company that has been recognized as a premium provider of end-to-end security and surveillance solutions for commercial clients including retail stores, hotels and resorts, educational and higher learning institutions, and governments and single focus agencies such as homeland security.

Currently, Triton Solar LLC has business in eleven countries including the US. Himanshu Patel possesses an in-depth understanding of IT, surveillance and the solar products that support and maintain those systems. He has applied this vast experience to the renewable energy sector and specifically engineered solar technology, products and software that wets a higher standard for energy efficiency solar systems.

Triton Solar’s success in the development of Nano-technology based batteries for solar panels is due in part to Himanshu B Patel keen insight and will eliminate the need for a connection to the traditional electric grid.

Triton Solar has won 3 awards 5 star for last 2 years and this year 6 star. The awards were due to Mr. Patel’s fast growth on changing the world and allowing for people to live a better life.

Triton Solar is the only company in the world to provide hybrid solar panels that not only generate power, but also store it for use at a later time. This is done without communication to the electric grid, making its solar panels the most efficient on the market.

Triton’s nanotechnology is applied to printed lighting and batteries, which can be customized for multiple applications. For lighting, its hardware features the first printable lighting available for commercial use. Triton Solar serves small business owners, educational institutions, and national governments to help with their “Go Green” project management needs. Triton’s audience includes anyone who needs power or lighting.

Tickets are $49 per person.  Please register by clicking the link below.