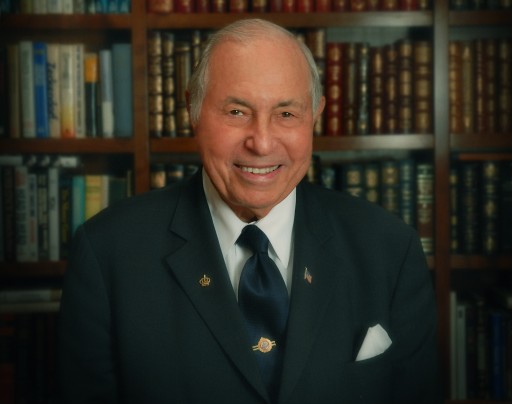 J. Morton Davis is owner and Chairman of D.H. Blair Investment Banking Corp., a New York City investment bank established in 1904 and leading investor in and advisor to emerging entrepreneurial and growth companies, where he actively heads the day-to-day corporate finance activities.  Investment banker, entrepreneur, investment analyst, economist, and venture capitalist, Mr. Davis is Wall Street personified.  The over 400 companies for which he has raised more than $3 billion over the years have created a countless number of jobs and have added exciting new products including breakthrough drugs, unique electronic and telecommunications products and have resulted in immeasurable productivity to the American economy.  Few people on Wall Street possess his rare brand of financial expertise.  Fewer still are as successful.

Mr. Davis has served on the Boards of Research! America, Foundation for Future Generations, and the Freedom Foundation at Valley Forge. He also served on the Board of trustees of Yeshiva University and on the Board of Sy Syms School of Business. Mr. Davis is the recipient of a number of prestigious awards and honors, including the Synagogue Council of America’s Covenant of Peace Award, the Republican Party’s Distinguished Service Award, and the Intrepid Museum’s Freedom Award. In 2011, The International Center for Autism Research & Education honored Mr. Davis’ lifetime of achievements in a special tribute luncheon in the U.S. Capitol.

Mr. Davis has written two books, the most recent of which, From Hard Knocks to Hot Stocks, received flattering reviews from some of America’s most prominent business and economic leaders.

He resides in Lawrence, New York with his wife Rozi, and is never very far from his four daughters, and many grandchildren and great grandchildren.