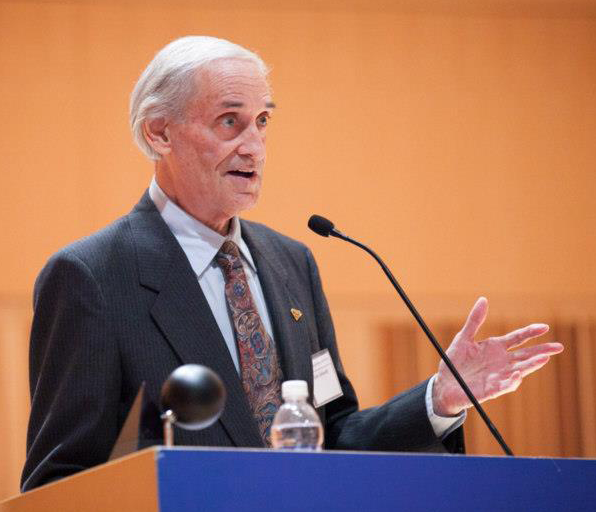 You are cordially invited on behalf of the Financial Policy Council’s Board of Directors, to our next Financial Policy Council private briefing with Mr. Allen Schwalb, successful film, music, and entertainment financier for more than seventy Hollywood major motion picture studio films, Broadway shows, and professional sports team franchises.

Allen Schwalb started in the entertainment business with his music career, as a singer in a number of successful rock n’ roll singing groups, which had a number of top 10 hits. Mr. Schwalb was a financier of well known record companies, successful singing groups and individual singer/performers, such as Kiss, Donna Summer and others. Allen then helped finance several musical Broadway shows, including the smash hit “Annie”, and “The First”, the life story of the great baseball player Jackie Robinson. For Mr. Schwalb’s music business background, click here.

Allen Schwalb is currently on the Board of Directors of GOPOPS, Inc. now known as Star Partners Distribution Finance, Inc. a motion picture distribution financing company.

Mr. Schwalb was on the Board of Directors of Cheyenne Mountain Entertainment Inc. (CME), which developed “Stargate Worlds,” a video game based upon the well known movie and long running TV series “Stargate.”

“Allen’s experience with Hollywood and proven track record in fundraising will be invaluable as we grow our operation at Cheyenne Mountain Entertainment. He picks winners and that gives us a lot of confidence moving forward” said CEO Tim Jenson.

In the 1980s, Allen raised more than one quarter(1/4) of a billion dollars ($250 million) when his company Star Partners, in partnership with Warner Brothers, financed more than 40 major motion pictures, including three Superman films, the James Bond film “Never Say Never Again”, three Clint Eastwood films, “The Color Purple” and “The Right Stuff”. His track record of success in the entertainment industry goes back to the late 1970s when he helped finance several Broadway shows, including the smash hit “Annie”.

Allen raises capital for the Orlando Predators, which plays it’s home games in The Orlando Amway Center, the home of the Orlando Magic the newest and largest arena in the US.

Allen and Philip Schwalb, raised $100 million to fund the Sports Museum of America (SMA), also known as the National Sports Museum (NSM), in New York City, the world’s first and only interactive multimedia sports museum and hall of fame. It combined and celebrated all sports under one roof. SMA was the home of the Heisman Trophy and the Billie Jean King International Women’s Sports Hall of Fame. See more about the Sports Museum of America on “YouTube.” Allen is currently working on bringing the SMA to Orlando Florida.

Mr. Schwalb was a financial advisor to the OrlandoTitans of the National Lacrosse League (NLL), the leading professional indoor lacrosse league. The Titans were a championship-caliber team, which led the NLL Eastern Confrence for two (2) years. They played home games ln the Orlando Amway Arena.

Allen was an advisor for Arena Racing USA, the indoor arena sports league, which brings NASCAR type racing to indoor arenas around the USA. Arena Racing is the subject of an article with Mr. Schwalb in the Orlando Business Journal.

He was also an advisor for a startup professional football league, the United National Gridiron League (UNGL), a development league for the NFL. In an article in the Orlando Business Journal, Mr. Schwalb discussed the league. The article also mentions Allen’s involvement with the Arena Racing League.

Mr. Schwalb is currently on the Board of Directors, and is a shareholder, of Millennium Sports Management (MSM), which was a public company. MSM owns and operates Skylands Park a twelve million dollar ($12,000,000) minor league baseball stadium, the surrounding property, sports complex and recreation center in New Jersey, near N.Y. City. The stadium has been leased to minor league baseball teams which play their home games there. The stadium is also utilized for college football, concerts and other events. There are also a couple of retail outlets located on the property.

Allen was an advisor and financial consultant to the Interstate Sports Academy (ISA), which opened in 2007 in N.Y. on Long Island. ISA is a Mecca for sports, athletics and recreational activities in the tri-state area. ISA offers athletes, residents, tourists and organizations, a venue and facility that meets their sports and entertainment needs.This includes sports leagues, camps, clinics, tournaments, fundraisers, dinners, educational seminars, business conferences and concerts. Over 5,000 people of all ages and genders come to, and use, the ISA facility weekly. Approximately 300 lacrosse and soccer teams, 60 basketball teams and 65 volleyball teams, as well as non-league participants in all of these sports, also use the ISA.

Allen was previously appointed Lifetime Honorary President of both the Executive Board of Directors and the Global Chairwomen of the Euro-American Women’s Council (EAWC).

While working in the aerospace industry in the 1960s as a rocket scientist, he developed new rocket engine propulsion systems currently being utilized for space flight. He published many scientific articles and papers in prestigious science and technology journals.

A renaissance man, Mr. Schwalb has substantial experience and expertise in the investment, financial, technology, sports, and entertainment industries. He is a frequent speaker on investments to investment advisors, financial planners, stock brokers, accountants, attorneys and to women’s groups and organizations. Mr. Schwalb has earned and holds five (5) Master’s Degrees in several fields including business, engineering, finance, science and technology, and management.