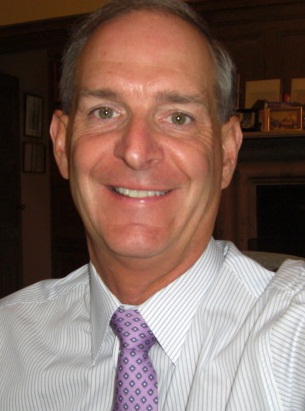 A life-long resident of Westbury, Long Island, John LeBoutillier was born in Glen Cove, New York on May 26, 1953.

He first rose to national prominence in 1974 when, at the age of 21 and a sophomore at Harvard, he raised over a quarter million dollars for Leo Thorsness, a former P.O.W., in a South Dakota Senate race against George McGovern.

In 1976 he served as regional coordinator, responsible for all field activities, in New Jersey for Gerald Ford’s presidential campaign.

Elected on November 4, 1980 to represent New York’s 6th District, LeBoutillier was the youngest member of the 97th Congress. During that time he served on the House Foreign Affairs Committee and , as a member of the Special House POW/MIA Task Force pressed for continuing investigation to determine the fate of 2,500 Americans still unaccounted for in Indochina.

Since leaving Congress in 1983, LeBoutillier has run the Sky Hook II Project, a privately funded group dedicated to recovering living American Prisoners of War held against their will in Southeast Asia. Sky Hook II has over 50, 000 American supporters. Its purposes are to gather on-the-ground human intelligence throughout Laos and Vietnam and to educate the American public about the POW issue.

Since 1983, Mr. LeBoutillier has journeyed to Southeast Asia many times, including two trips to Vietnam as the guest of the Hanoi government, to discuss a solution to the POW problem.

In 1989 LeBoutillier authored Vietnam Now; A Case for Normalizing Relations with Hanoi published by Praeger Publishers.

From 1983- 1989, Mr. LeBoutillier was the primary substitute at WMCA Radio for radio hosts Barry Gray and Bob Grant. He also had his own Sunday morning show on WPLJ. He has also hosted shows on WABC.

In 2010, Mr. LeBoutillier co-authored THE OBAMA IDENTITY; A Novel (Or Is It?) with Ed Klein.

In December 2010, LeBoutillier joined with noted Canadian broadcaster, Arlene Bynon, to launch BYNON/LEBOUTILLIER, the first international talk radio show, airing simultaneously on WABC Talk Radio in New York City and AM640 in Toronto and airing in the United Kingdom.

Mr. LeBoutillier is a political columnist for NEWSMAX.COM and his columns also appear at www.JohnLeBout.com.

Please register as soon as you can by answering directly to the Board member who invited you as this event is “by invitation” only and as seating is limited.