Investing in the Cannabis Industry: The Highs and Lows of Cannabis Finance 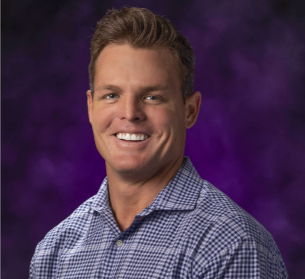 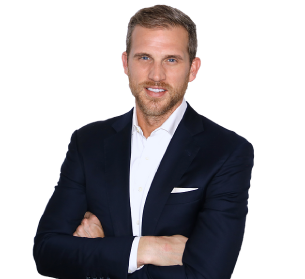 CEO and Founder of ARCADIAN Fund and ARCADIAN Capital Management 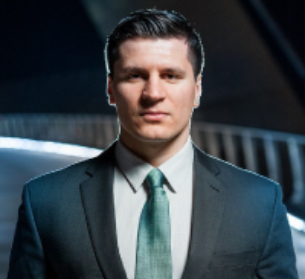 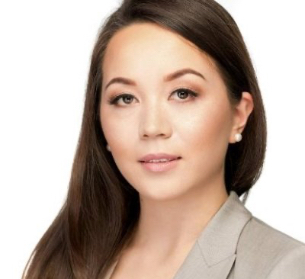 Author of the bestselling book “Economic Warfare: Secrets of Wealth Creation in the Age of Welfare Politics” and ”Startup Saboteurs: How Incompetence, Ego, and Small Thinking Prevent True Wealth Creation” to be published in Summer 2019.

Tyler has been at the forefront of Hypur’s expansion efforts for over five years and touches Financial Institutions, Government Officials, Regulatory Bodies and the State Legal Cannabis industry. As a result, he possesses an intricate knowledge of the Banking and Regulatory climate, key industry influencers, industry dynamics and market history. He has also become a key contact for media outlets, analytics companies, industry consultants and investment firms searching for reliable, accurate sources of industry information.

Tyler’s contacts and relationships in the US State Legal cannabis industry are unparalleled.

As a result of his influential value, he was selected to be Chairman of the National Cannabis Industry Association Banking and Financial Services Committee. He is also a member of the Forbes Business Development Council, frequently publishing articles about the banking and payment environment in the cannabis industry.

Tyler founded and managed a large beverage company prior to joining the Hypur team and was a Professional athlete in the New York Mets Organization.

Matthew Jason Nordgren is an ambitious executive, dedicated philanthropist, and accomplished athlete who brings a unique passion for creating strategic alliances. He brings breadth and depth of experience in finance, corporate development, and capital sourcing, as well as in building highly motivated teams of skilled professionals.

In 2005, Mr. Nordgren received his education at the University of Texas at Austin, while playing football for the Texas Longhorns football team. As a quarterback on a National Championship winning team, he developed skills that would be carried through his lifetime and core business philosophies. While playing football on scholarship for The University of Texas, he was able to graduate with two degrees in less than four years and was accepted into and pursued a dual master’s degree program at the University of Dallas. After playing professionally briefly with the Detroit Lions and Philadelphia Eagles, Mr. Nordgren went on to earn two additional master’s degrees in both business and sports management from the University of Dallas. He was subsequently featured on the Bravo TV show “Most Eligible Dallas,” while becoming a partner in the family business, NORDCO, Inc., a Dallas-based energy firm. This is also when he helped to develop, manage and build his first private equity/family office business with a sports and media focus which lead to a career in running various investment vehicles across a broad spectrum of strategies.

Throughout his career, Mr. Nordgren has been appointed to many executive leadership positions at a wide-ranging group of companies and industries. From real estate to sports and entertainment, from hospitality to insurance and financial services, from emerging industries to later stage leveraged buy outs, he is singularly focused on finding synergistic opportunities in early stage private growth rounds that have upside potential. He is committed to successfully helping manage the overall financial state of his partners businesses and the companies with which he and his partners have interests within.

Mr. Nordgren is currently CEO and Founder of ARCADIAN Fund and ARCADIAN Capital Management, a venture fund/private equity strategy focused on the ancillary service providing companies in and around the cannabis and hemp industries. More specifically, on Series A/B type opportunities where proven businesses are looking for growth equity to continue scaling into new markets. He was recently name one of the “Top 100 Most Influential People in the Cannabis Industry” by High Times Magazine and ranked number 3 globally by Business Insider in terms of investment companies focused on the emerging cannabis and hemp sectors. Additionally, he is the founder of Nordco Consulting LLC, a private consulting firm dedicated to the business development of middle market companies with forward-thinking vision. To date, Mr. Nordgren has personally been involved with over $7 billion in transactions and maintains a portfolio of approximately 30 plus companies.

Jon Pedley is an Englishman based in East Africa who believes in the power of capitalism to positively transform lives, communities and countries dramatically and sustainably.

After a number of successes in IT, online and FMCG businesses Jon has already been a part of two successful UK medical marijuana start-ups and is currently working on a third which will create up to 10,000 jobs in Uganda as part of a huge grow operation and a centre of excellence for medical and recreational cannabis.

Paul started his career as a corporate financial analyst for a $7B telecommunications company in Massachusetts and subsequently worked in the Boston tech industry, where he helped create several Fintech startups and an investment fund, raising millions of dollars. ​
A few years later, Paul moved to Denver, CO to join a cannabis publicly traded company, where he led the finance and accounting departments.

Once in the industry, Paul learned about the lack of access to capital and financial infrastructure in the cannabis industry, and saw an opportunity to use his finance skills and network of financial institutions and private funders to help build the cannabis financial services ecosystem.
​
The Cannabis industry is one of the fastest growing industry in the nation, with the least access to capital and financial infrastructure. This needs to change.

Paul created WXYD Capital to work with current and future Cannabis lenders and financial services providers to bring as much capital as possible into the cannabis industry, through both education and facilitating deals.
​
Paul’s goal with WXYD Capital is to help develop the cannabis financial services industry so that it can allow producers and retailers provide consumers access to cannabis in the most efficient ways possible. ​

Paul is also a Board Member and Head of Publications Committee for the Financial Policy Council in NYC, and serves on the Banking and Financial Services Committee with the National Cannabis Industry Association.

Christina Björnström is a serial tech entrepreneur, journalist, advisor, and speaker. Christina Björnström has previously cofounded 3 startups, held executive roles at tech companies, and served as President and Executive Director of the Swedish American Chamber of Commerce New England (2015-2018), where she helped establish Boston as a point of national/strategic interest for the Swedish government.