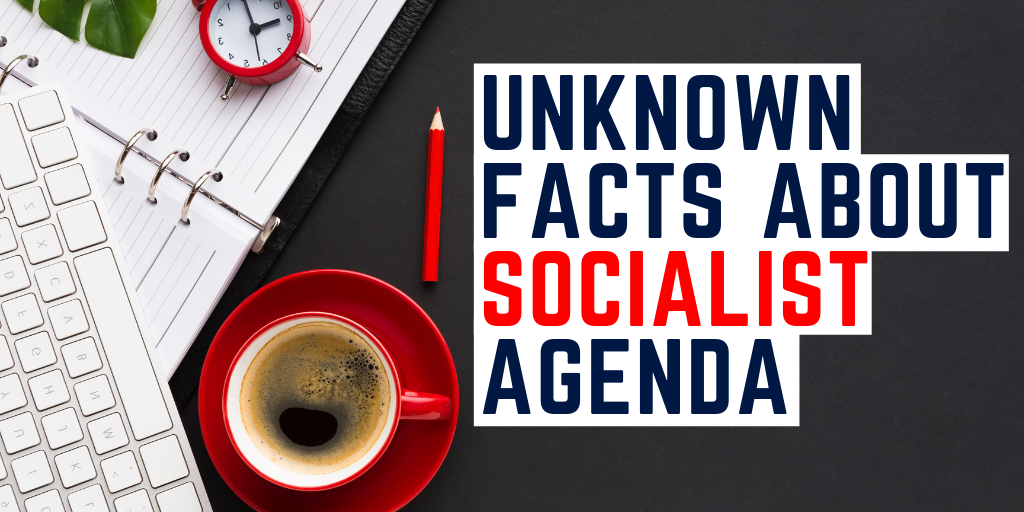 Under a socialist agenda, the family unit is drastically at stake as the socialists are seeking to break up families over time and create more single people who are reliant on the government for assistance.

There are numerous ways that they work to facilitate this. Whether it’s controlling your access to wealth, making you reliant on government assistance or creating eligibility problems for these programs amongst married couples, your family will financially be under constant attack.

Controls your abilities to provide: Covid-19 has brought out many of the flaws in relying on the government to tend to the needs of your family. As millions of people still remain jobless, the government has been slow to facilitate extended benefits. This has put many families at risk of homelessness and food insecurity. This is just a glimpse of the issues that widespread socialism will cause. Do you want this as your future? I’m sure you don’t. The well-being of you and your family is important. A socialist agenda will ensure that you are dependent upon the government to take care of the needs of your family. In times of need, as we have recently witnessed, you will be left out to dry with no control over creating a solution for the survival of your family. It’s scary to think that you will be helpless as your family is put out on the street and starves simply because you lack the funds to do anything about it and the government has no sense of urgency.

Incentivizes separation of family: Think about this… Socialism permits the government to solely control essential products like power and water, meaning no competition. Therefore they can set the prices as high they would like. Without competition, there’s no competitive rates. You would be forced to pay whatever they determine. Your cost of living will go up. With many people already struggling to survive on the low wages of 9-5 employment, this will force a ton of families to be reliant on the government for assistance. Here’s the catch…qualifying for these government assistance programs can be quite tricky. Essentially you must fall in what they categorize as below the poverty level. Single parent households have an easier time qualifying for these programs because there is often only one source of income coming in. Once married, if both parties are working, the household income goes up and this often makes many people ineligible for government assistance programs. Thus if you want help from the government…it’s almost best to just remain single. Yes, the eligibility requirements factors in the fact that there are two people bringing in income and adjusts the poverty line according to that. But they didn’t take into consideration that as a married couple, your expenses don’t just double, it goes up exponentially. You factor in things like children and other newfound responsibilities as a married couple and you’re often in much worse condition than people who are single and “living below the poverty line.” Logically, the government couldn’t monitor each and every person’s specific circumstance. There are millions of people to govern therefore your label as a number in the system, and not by the circumstances that surround your specific situation. For married couples, this often means that they’re rejected for benefits. With the cost of living set to rise of a socialist agenda, these family units will suffer the hardest.

Kills your ability to create wealth: As I’ve said before, the key to freedom is building wealth. Socialism inhibits your ability to create wealth, thus taking away your freedom. At most, they’ll give you just enough to survive based on their opinions of how you should live. And let me tell you, in their opinion covering the basic needs of life is all you should strive for. It’s no room for you to want the best for your family and they’ll force you into the habits of survival instead of creating the means to thrive. After all, it isn’t the government’s responsibility to make sure you are well off, it is their responsibility to keep you under control. What better way to control the people than controlling their source of income?

Burdened by the attacks of the government on your family’s financial security…is that the way you would want to live for the rest of your life? Look at the outcome of Covid-19, it has been an utter shit show. This is just a glimpse of what will be in store for the future if the socialist have their way. Your family’s well-being will be at stake here. Your family’s freedom. This isn’t the road you will want to go down. The family unit will be broken down overtime due to the hard financial hits that will be served and becoming a single will be made key for survival. Enough is enough. We must save the future of our families. We must strive to thrive beyond just survival. We must continue to embrace capitalism as a way to freedom. Enough said.

What $1.8 Billion Aid Package to Ukraine Means for American Consumers

On December 21, 2022, President Joe Biden and the Secretary of State, Antony Blinken, announced that the United States will provide $1.85 billion in additional military assistance to Ukraine. The announcement was made during Ukrainian President Volodymyr Zelensky’s first overseas trip to the White House since the outbreak of the Russian invasion of Ukraine. President […]