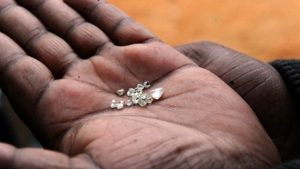 A look at Brazil, the “B” of the BRICS group, gives rise to concern. President Dilma Roussef just lost an impeachment vote against her, and this shows just how far Brazil’s current government has fallen in recent years. Since she took office, President Roussef has faced a host of problems, many of which are the direct result of her and her party’s leadership. The largest of these problems is corruption, which has been the undoing of many regimes in Brazil. Now, the massive Petrobras scandal has destroyed the credibility of the government and, in particular, of President Roussef. The scandal has created a loss of confidence in the Brazilian economy, plunging the nation into a recession, one of the worst in Brazil’s recent history. Shortly before, Brazil believed it was positioned for a long period of China-like rates of economic growth, allowing the country to play a dominant role in Latin America and giving it a major voice on the world stage. Instead, thanks in large part to President Rousseff’s government’s lackluster performance and corruption, Brazil has fallen further behind most of the world’s other leading powers in political power and economic development. Rousseff appears to be on the way out. Last weekend, the lower house of Brazil’s parliament voted in favor of launching impeachment proceedings against her, easily exceeding the two-thirds’ majority required to do so. This motion will now go to the Brazilian Senate, which is expected to suspend President Rousseff for the duration of the trial, and then to sit in trial over her next month. President Rousseff has countered by accusing her political opposition of staging a coup.

India and China continue to meet expectations, despite China’s recent slowdown and India’s struggle with internal divisions; and Russia continues to play a greater role in many of the leading political and security issues facing the world today, despite its recent economic woes. However, the woes of Brazil and South Africa show that they have undoubtedly failed live up to expectations on the political and economic fronts in recent years. For both countries, much of the blame lies with their political leadership, which has led both countries astray. Unfortunately, this poor political leadership has caused great harm to both countries and could result in long-term loss of power and influence.

South Africa, the smallest of the BRICS – and the least qualified for membership in such a group – has been backsliding in recent years. This is due largely to the disastrous leadership of President Jacob Zuma and the deep divisions that have emerged in that country’s dominant political party, the African National Congress (ANC). Of course, low natural resource prices have severely hurt the South African economy. However, the current government there has failed to take the steps needed to diversify the country’s economy away from its dependence upon natural resource exports, and instead has rolled back many of the programs that had been enacted by its predecessors. Meanwhile, President Zuma also has faced a number of corruption scandals in recent years that have weakened his ability to govern South Africa. As a result of these economic struggles and corruption scandals, South Africa has found it more difficult to play the leading role in Sub-Saharan Africa that it has sought to do since the end of apartheid.

The problems facing Brazil and South Africa are clear examples of how poor governance (corrupt governance that does not understand the market economy) can squander massive economic and resource advantages. Brazil and South Africa are both incredibly rich in natural resources. In Brazil, President Rousseff’s disastrous leadership has caused Brazil’s failure to take advantage of its huge resource and demographic advantages that are in many ways similar to that of other large “New World” economies. Meanwhile, although South Africa has great resource and infrastructure advantages over many of its emerging market rivals, President Zuma’s numerous missteps are squandering these advantages. As a result, South Africa is losing political clout in its region, while its economic lead over its neighbors is shrinking. While both presidents are nearing the end of their reigns, both countries have the opportunity to elect more capable leaders. Nevertheless, the opportunities wasted by both countries could have long-term consequences, both within their borders and across their respective regions.

So, what is the interested investor to do? An investor may park his or her funds in more predictable economies, minimizing the investment risk. Alternatively, the investor can perform thorough research and invest carefully in the BRICS, being careful to hedge the bets. Some investors, instead of investing in companies in these countries, invest directly, creating industry in those countries. That can have a high degree of risk, but also a very high level of reward. The BRICS are like diamonds in the rough – indistinguishable to the untrained eye from clear quartz.