Ask your neighbors and coworkers whether it’s a privilege to be an American, and nearly all of them will answer with a resounding “yes.” But the rising new leaders of today’s Democratic Party see American privilege as a mass delusion standing in the way of their political ambitions. This was painfully evident last week during President Trump’s State of the Union address (SOTU).

Not so this year. Having presided over the strongest economic expansion in generations, President Trump’s speech had no shortage of achievements, and the response of ordinary Americans was electrifying. According to a CBS News poll, 76 percent of Americans who saw the speech approved of it. 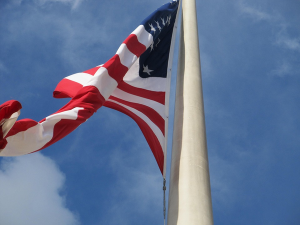 However, the response of Democratic lawmakers who attended the speech flew in the face of our political traditions, particularly that of a bloc of congresswomen wearing white from head to toe to commemorate the 100th anniversary of women winning the right to vote.

The “women in white” leered with contempt at the president throughout his speech. They ignored his call for unity and bipartisanship. About half, including newly elected loudmouth Alexandria Ocasio-Cortez, refused to join the rest of the chamber for a standing ovation when President Trump called upon the American people to “embrace the boundless potential of cooperation, compromise, and the common good.”

They sat stone-faced when the president touted the lowest ever unemployment among minorities and the disabled. They ignored his praise of new “right to try” legislation giving terminally ill patients access to experimental medicines. Same thing with America becoming a net exporter of energy for the first time in 65 years.

They remained somber even when President Trump announced his new Women Entrepreneurs Finance Initiative, which promotes the economic empowerment of women in developing countries.

Only when President Trump specifically hailed the achievements of American women — filling 58 percent of new jobs last year and being elected to Congress in record numbers — did members of the group feel obliged to stand en masse, essentially to applaud themselves.

The refusal of Ocasio-Cortez and other “progressive” Democrats to celebrate, or even acknowledge, the success and good works of other Americans, irrespective of ideology or creed, on this time-honored occasion is shameful and unbecoming of servants in public office.

But it’s politically astute. Proponents of the socialist Green New Deal — which now has the support of 70 Democrats in the House, 12 in the Senate, and six presidential candidates — know it’s impossible to get Americans to accept a one-size-fits-all blueprint for centralized planning of their lives and livelihood so long as they think of themselves as privileged.

For all of their divisive rhetoric and mainstream media adoration, Ocasio-Cortez and her ilk aren’t likely to convince a majority of the U.S. public that the American dream is a lie, at least not in time for the 2020 election. But they may convince enough people to enflame the social chaos and division we have been experiencing lately, and that might set a prelude one day for realization of their socialist fantasies.

President Trump is right that the state of our union is strong, at least economically and militarily, and a majority of Americans embrace his call to “step boldly and bravely into the next chapter” of this country’s glorious history. We must not let the ideological radicalism and hunger for power of a few destroy this future.

Zana Nesheiwat is the founder of Brand ZA, Inc., an integrated business solutions and impact-branding firm specializing in financial services, public policy, and technology, and an associate partner with Blackhawk Partners, Inc. a private equity firm based in New York City.